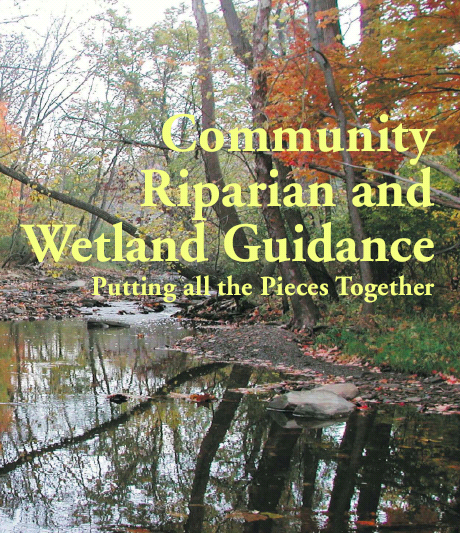 Municipalities and counties are utilizing riparian and wetland setbacks in their zoning and planning efforts on a more frequent basis.  Setbacks can be an effective tool to control growth, protect valuable natural resources as well as meet federal and state Phase II stormwater requirements.

While setbacks are beneficial, officials must understand the level of impact on both large scale and small development within their communities before adopting them.  Are they prepared to require alteration of major new commercial or residential developments?  Are they prepared to face angry residents whose plans for a deck or storage shed are influenced by no build zones?  Do they understand the environmental benefits gained by adopting setbacks?

Some local officials that quickly enacted setbacks without fully comprehending the requirements or educating their residents have faced strong push back.  Some communities have responded by frequently issuing variances that dilute the effectiveness of setbacks. Other communities are delaying action on stormwater ordinances until ordered to by the State.

I have worked with local governments on stormwater ordinances, including setbacks.  In my experience, it is critical for local officials to gain a thorough understanding of the ordinances, how they will be applied, as well as the benefits and consequences of setbacks.

Riparian and wetland setbacks are typically adopted through local ordinance.  The most common form prohibits any development, with narrow exceptions, within specified distances from either wetlands or streams.

In Northeast Ohio, many communities have used the model ordinances developed by NOACA and the Chagrin River Watershed Partners.  The basic approach used in these ordinances is to establish  "no-build" areas equal to specific distances from all streams or wetland.  The distances in the model ordinances range from 300 ft to 25 ft based on the drainage area of the stream or quality of wetland.  A property owner can try and obtain a variance from the setback requirements by demonstrating hardship.

Some local governments have taken this basic approach much further.  They have invested significant resources to map all of the sensitive environmental resources within their communities.  Once mapped, areas are either designated for planned development or are to be avoided and protected.

An excellent example of this approach is the Chippewa Creek Balanced Growth Plan developed by the Cuyahoga River Community Planning Organization through a Balanced Growth grant awarded by the Lake Erie Commission. The map on the left show the entire watershed.  Each color designates a different environmental attribute (such as wetlands, streams or steep slopes) that should be protected.  The map on the right is a satellite image with the critical areas highlighted.  Dark green are "no build zones" (PCAs- Priority Conservation Areas) and light green are designated for future development (PDAs- Priority Development Areas).

Creative approaches can be used to compensate landowners whose land lies in area designated for protection.

WHAT TO CONSIDER BEFORE ENACTING SETBACK ORDINANCES

1. Flexibility-  Have you built in a level of flexibility within the ordinance that fits your community’s needs?  For instance, will you allow development in a setback if mitigation is provided for the impacts.

2.  Takings-  Do the legal standards for granting a variance provide sufficient protection against taking claims?  Because takings case law is fact specific, requirements within the ordinances must have inherent legal flexibility to avoid providing a basis for a claim.  Application of a setback ordinance that results in a valid takings claims can result in significant compensation to the landowner thus draining local government finances.

3.  Distance of the Setback-  Currently in Ohio there is no minimum setback distance specified in state law.  In addition, there are many different distances utilized.  Some are based upon a formula like the one in the Ohio Department of Natural Resources Rainwater Manual.  Others use standard distances like the approach in the NOACA model ordinance.  The key consideration in choosing a distance is whether it will provide the protection your desire without unnecessarily burdening property owners.

5.  Education-  It is critical that communities use effective public education techniques so citizens understand the value of setbacks.  Good education can be the difference between local governments effective implementation of a setback ordinance or a community that issues frequent variances to avoid confrontation with residents.